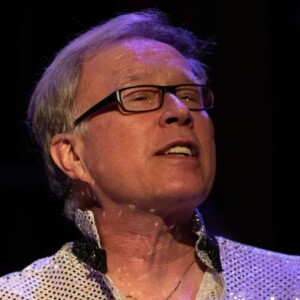 Mark Phillips SchwambergerExecutive / Artistic Director / Board Member
Mark’s theatrical career spans over thirty years. His passion for theatre began during his undergraduate studies at The University of Louisville and continues to this day. He has performed at The Barn Theatre in Augusta, Michigan prior to moving to NYC to pursue his career. While in New York; he was involved with Earl Wilson Jr. and Phil Oesterman’s hit Off-Broadway musical, Let My People Come; worked with Albert Poland on The Charles Pierce Show starring Mr. Charles Pierce; and worked on The Incredible World of Magic and Illusion with Richiardi Jr., and a host of other master magicians all at the famed Village Gate Theatre in Greenwich Village. He also worked on shows with Christopher and Amanda Plummer at Town Hall and other productions at The Cherry Lane and The Roundabout Theatre. In addition to this, he performed in productions at both Off and Off – Off Broadway venues as well as producing and directing cabaret shows at The Top of the Gate. Besides working and performing in New York and Michigan, he has also been in various musicals, comedies and dramas in Kentucky, Florida and Ohio. He originated the role of Major Vadim in the world premiere of White Russian written by Michael S. Parsons and directed by Michael Bailey; he originated the characters of Morton Silkline in the movie The Funeral and Henry Krueger in the movie Oni both directed by Christopher Dukes.

Mark has studied acting, voice, and movement both privately and at University. His training has been influenced by Uta Hagen’s teachings and the Stanislavski technique. He received his B.A. in Theatre for The Ohio State University. Mark is also an award winning playwright. As a writer, Mark has written full length and short stage plays (The award winning The Story of Boo and Beep, The Undergraduate, the award winning Pandora’s Jar and 110 Columbia Heights). While in the corporate world, Mark has also had a career in the information technology, marketing and business development fields with Bank One/Chase, SunTrust Corp. and Metavante Corp.

Mark is a member of Actors’ Equity Association and The Dramatis Guild of America. 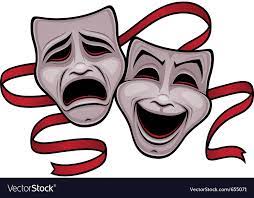 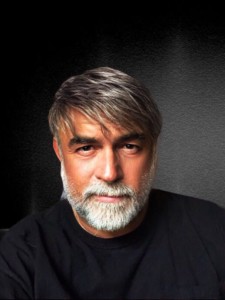 David Allen Vargo, CMMPMarketing and Communications Director
David is a certified marketing management professional whose expertise combines over 30 years in marketing communications and public relations in conjunction with a lifelong career in the theatre as a professional actor, director, and AEA stage manager. A native of Miami, Florida, David moved to Columbus, Ohio in 2013 when he married Professor Emeritus of Law, Douglas Whaley, of The Ohio State University. David is a summa cum laude honors graduate of Columbus State Community College, where he was inducted into the prestigious Society of The Compass for academic excellence and accomplishment. He is an alum of the Florida State University School of Theatre in Tallahassee and was a Faculty Scholar at Florida Atlantic University in Boca Raton. His marketing career began in the corporate meeting planning and special event industry as an assistant to upper management who quickly recognized his technical acumen, strong potential, and enthusiasm for ushering the organization and its subsidiaries into the digital age. Within three years, he had risen internally from an assistant in one department to leadership of another. Before moving to Ohio, David had a long career as a Director of Marketing Communications for a non-vacation group travel destination management company which specializes in meetings, incentives and conferences. David’s design firm DAVARGO, LLC focuses on corporate collateral and theatrical graphic design. Additionally, David freelances as an audio book narrator and a voice-over artist. 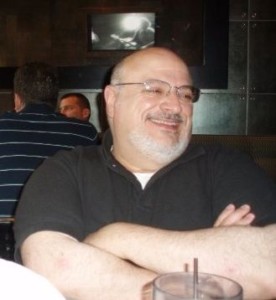 Paul LockwoodFounder / Artistic Director Emeritus Board Member
A native of the Chicago area, Paul began acting in musicals such as Kiss Me, Kate (Lucentio), The Boy Friend (Bobby) and Under Papa’s Picture (Fabrizio). He then moved to New York City, where he worked as a writer, actor, and singer for 19 years.
He attended the Actor’s Conservatory under the instruction of Eileen Akin and Lily Lodge. During that time he appeared in scores of Off-Off Broadway productions and originated the roles of Hector in Goliath in Love (Wings Theatre) and the ex-convict-turned hustler in Ten Naked Men (New York Playhouse). Paul was also active in educational outreach theatre and was an early member of the AIDS Theatre Project, an award-winning troupe that wrote and performed works dealing with HIV and AIDS education and prevention. He co-authored and performed on Broadway in their celebrated production, Moment to Moment. Other companies he was actively involved with included Ten-to-One Productions, Theatre of the Elephant and his own Ice Theatre. In film, Paul appeared in a number of independent productions including Stephen Frears’ Hero (with Dustin Hoffman) and Jim Fall’s Trick, now a gay film classic.
Paul also studied voice for eight years and worked as a back-up and session singer for many years in New York. Among others, he has performed and/or recorded with Taka Boom, Sharon Redd, Ryo Kawasaki, Camilla Benson, Frank Grimaldi, The City Singers, Fall Out, and was half of the 80s dance duo MadStuff. His 2000 solo release, Positive, raised money for AIDS organizations and garnered a #1 single on the GLBT national charts.
While in Pittsburgh, Paul performed with Gemini Theater (as Sterling in Jeffrey) and VV Theatre (Fran in Gemini and Lew Bagatelle in Night Life) and directed for his own Pushpin Productions (The Reindeer Monologues). In Columbus, Paul founded Evolution Theatre Company in January 2008 and directed ETC’s premiere production, Stone Cold Dead Serious by Adam Rapp.
As a writer, Paul has authored a novel (A Hill Without Reason), film scripts (On High, The State of a Union, Soul Searchers), stage plays (Running From Paramus, hungry/angry/lonely/tired), sit-com pilots and episodes (Hell’s Kitchen, Second Chance) as well as many short stories. Paul has a B.A in Journalism/Communications from the University of St. Francis, an M.F.A. in Fiction Writing from Sarah Lawrence College and is currently working on a Ph.D. in Theatre at OSU. Like most of the guys from The Sopranos, he is a member of the Guild of Italian-American Actors (GIAA). 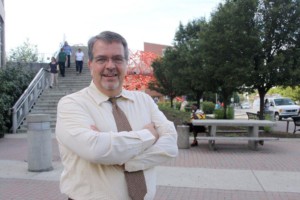 Wayne Cocchi, M.Ed.Board President
Wayne Cocchi is a native of the New York (Long Island) and moved to Ohio in 1979 to complete his post-graduate work in education at The Ohio State University. After receiving his degree he remained in Columbus working at Columbus State Community College (CSCC) where he serves as the Director of Disability Services. Recently, he also served an eighteen month appointment as the Dean of Student Life at CSCC. In the community Wayne also serves as the vice-Chair of the Columbus Advisory Committee on Disability Issues. He has been a Commissioner for the Ohio Legal Rights Service, a Council member and Chair of the Ohio Governor’s Council on People with Disabilities, board member and president of the Association on Higher Education and Disability, an editorial board member of the Postsecondary LD Report, board member of SOLIDARITY Ohio – Disability, Inc. and cofounder of the Ohio Transition and Communication Consortium on Learning Disabilities. Wayne has dedicated his life to advocacy for people with disabilities as well as promoting acceptance of diversity and equal rights for all. 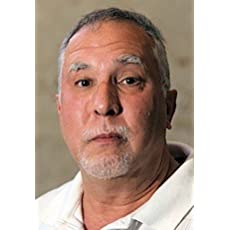 Joseph GentiliniBoard Member
Joseph Gentilini is a native to Columbus, born here and lived here his entire life, so far. Joseph always wanted to be in a career that involved helping others. He earned his undergraduate degree in 1970 from the Ohio Dominican College (now University) in social welfare.

He began his career in 1971 as a vocational rehabilitation counselor for the State of Ohio, helping persons with severe disabilities to become more independent with the goal of competitive employment if they were able. Going to school at night, he obtained his master’s degree from The Ohio State University in 1974 in counseling and guidance. Joseph worked for another four years and then took an educational leave-of-absence for two years to complete his doctoral coursework in community counseling from Ohio University in Athens, Ohio. Returning to work for the state, he completed his dissertation at night, finally graduating in 1982 with his PhD. Joseph is an Ohio Licensed Professional Clinical Counselor, a Licensed Social Worker, and a nationally Certified Rehabilitation Counselor. Joseph retired from his state employment in 2003. Joseph is a published author having written (both the 1st and 2nd edition) of the critically acclaimed autobiography, Hounded by God, a gay man’s journey to self-acceptance, love and relationship.
Joseph and his husband Leo, they have been together for 39 years marrying in 2011, live in Hillard and have a large, blended family consisting of three children and six grandchildren. 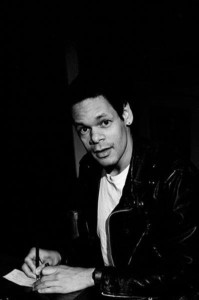 Edwin SanchezAdvisory Board Member
Edwin Sanchez Winner of National Latino Playwriting Award for his play, LA BELLA FAMILIA, his recent productions include TRAFFICKING IN BROKEN HEARTS at the Celebration Theatre in Los Angeles as well as the world premiere of his romantic comedy I’LL TAKE ROMANCE at the Evolution Theatre Company in Ohio.
Other productions include, DIOSA, produced by Hartford Stage after a successful workshop by New York Stage and Film, TRAFFICKING IN BROKEN HEARTS at the Atlantic Theater in New York, UNMERCIFUL GOOD FORTUNE at the Intar Theater in New York, ICARUS produced by Fourth Unity in New York, Actors Theater of Louisville as part of their Humana Festival, and San Jose Rep in California. His play BAREFOOT BOY WITH SHOES ON was produced by Primary Stages in New York and was selected by the Eugene O’Neill Playwrights Conference to represent the National Playwrights Conference at the Schelykovo Playwrights Seminar in Russia. Mr. Sanchez’ work has been produced regionally throughout the United States as well as Brazil and Switzerland. Among his awards are the
Kennedy Center Fund for New American Plays (CLEAN), three New York Foundation for the Arts Playwriting/Screenwriting Fellowships, the Princess Grace Playwriting Fellowship (UNMERCIFUL GOOD FORTUNE), the Daryl Roth Creative Spirit Award and the AT&T On Stage New Play Award (UNMERCIFUL GOOD FORTUNE). Mr. Sanchez lives in upstate New York where he continues to write as well as teach and mentors playwrights. 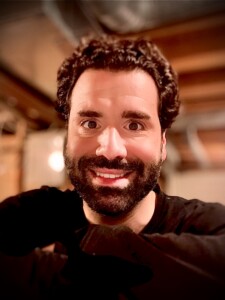 Joe BisharaCreative Consultant
Joe Bishara has collaborated on over 200 theatrical productions at theatres across the United States as an award-winning Actor, Director, Educator and Producer. He is the Theater Supervisor for the City Of Dublin (Abbey Theater of Dublin) and the Founder and Managing Director of New Albany Youth Theatre. Previous Theatrical stops include: CATCO (Associate Producing Director), The Phoenix Theatre for Children (Production Coordinator), Theatre Roundtable (President), Wayside Theatre (Assistant Artistic Director) and Act Out Productions (Associate Producer for the inagural Columbus National Gay and Lesbian Theatre Festival). Joe is a passionate advocate for new theatrical works. He has produced and directed dozens of world and regional premieres of plays and musicals in addition to serving as the coordinator for the Greater Columbus Arts Council (GCAC) Playwrighting Fellowship Program. Joe is a frequent consultant, director, and instructor for arts organizations and educational institutions across the United States. He is a proud graduate of Ohio Wesleyan University, a member of Actors’ Equity Association (AEA), the Musical Theatre Educators’ Alliance (MTEA) and an associate member of The Stage Directors and Choreographers Society (SDC). 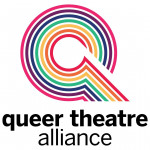 The Union of Professional Actors and Stage Managers